Whilst the proceeding is in the process of printing and to be shipped afterward, here you can download the soft copy of cover and table of content.

We are very glad to inform you that the long awaited proceeding is now online!

You can check the proceeding through this link.

We will immediately prepare the printed version and expedite it to your mail address shortly.

A good news in a new year.

After the rigorous review, the committee has successfully submitted the manuscripts of ISFA 2017 to the IOP Publisher.

There were several manuscripts that were sent back to committee for further revision.

However, we have done the revision and the manuscripts were re-submitted.

Subsequently, the publisher has confirmed that all 101 manuscripts from ISFA 2017 have met the requirements and thus will be published online, very soon.

Please sit back and relax while waiting your article is published in this SCOPUS-indexed proceeding. Hopefully it will be available online no later than this month.

First of all, the committee would like to thank you for your participation at ISFA 2017. We hope that you enjoyed the symposium.

We are glad to inform you that we have contacted the international proceeding publisher, and they have confirmed that there is no limit for submission. Thus, we will put all abstracts under review and the succesful one will be submitted for publication at the SCOPUS-indexed proceeding.

Please be reminded: there will be an additional cost of IDR 1.5 million for the publication. Unsuccessful papers will not be charged.

For those who wish for other option, such as to publish separately from ISFA 2017, or to be considered in publication in our partner, Journal of Applied Food Technology (http://appliedfoodtechnology.org/index.php/jaft/index), please immediately inform the committee.

Please note: the scope of the journal is Food Science and Food Technology related.

In regards to publication process, we are now doing the review process.

As we have announced at the closing of the symposium, please strictly follow the deadline.

Thank you very much for your kind attention.

We have encountered problem on file uploading system since yesterday. Therefore you may send your full paper or proof of payment by replying our email (isfa@ift.or.id).

For you who have uploaded through online form and have got confirmation (thank you page) means that the file has been uploaded successfully and do not need to re-send the file through email.

The committee is working our best to review any submitted abstract and to come up with the decision whether the abstract is accepted or not as fast as possible.

It was our intention to send every accepted abstract with confirmation email and the next step of the registration. However, due to many submissions that we have received, there are some delay in sending the confirmation email. We are very sorry for this.

Therefore, we would like to suggest all participants to monitor the Participant’s List page as all listed abstracts in the page are ACCEPTED ABSTRACT.

Please note that Letter of Acceptance will only be issued once we have confirmed your payment.

Please email the committee at isfa@ift.or.id if you have any queries.

The committee has seen a very big interest for ISFA 2017 during the publication period of the symposium. Therefore, to accommodate the future participants who are not able to meet the deadline, we have decided to extend the abstract submission deadline to September 10, 2017. The deadline would be the same with full paper deadline.

Please do registration through this link.

I invite you to spread this good news to anyone interested to join a quality international conference and to publish their paper in a reputable international proceeding.

The committee is very proud to announce that we have come to an agreement with a reputable international publisher  IOP Conference Series: Earth and Environmental Sciences (EES) to publish the selected papers from ISFA 2017.

The reputable international publisher is abstracted in many indexing agents including SCOPUS and Thompson Reuters, Web of Science.

Again, we invite the researchers to submit your abstract for ISFA 2017. We believe that the symposium will be the best place to showcase your recent research.

Gluten-free diets are losing ground. After analyzing data from more than 100,000 adults over a period of 35 years, new research shows that those with more gluten in their diets were at less risk for coronary heart disease. The study, published in British Medical Journal, indicated that unless someone has a serious gluten intolerance or celiac disease, they should not avoid gluten, however intriguing a gluten-free diet might sound. 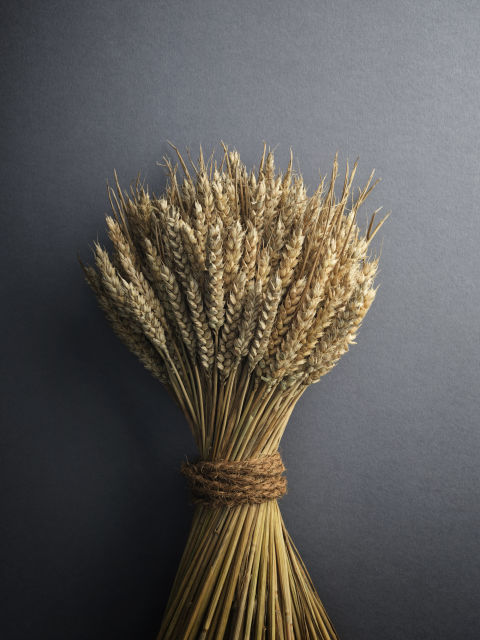 The claims about gluten-free diets are substantial. People go gluten-free to lose weight, to get rid of intestinal problems, to feel less bloated, and be less tired. Those with autoimmune disorders (not limited to celiac disease) are sometimes advised to limit it to cut inflammation. Gluten consumption has even been tied to depression. In 2015, a Gallup poll found that 21 percent of American adults have attempted to follow a gluten-free diet. However, only 1 percent of Americans are diagnosed with celiac disease, and only up to 6 percent might be sensitive to gluten without celiac. It’s definitely a fad, and a controversial one.

It’s possible that by unnecessarily cutting out gluten for the long term, “you miss other essential nutrients and that might have a negative effect,” study author Andrew Chan told Gizmodo. Gluten is most often digested in whole grains, and whole grains are themselves tied to lower risk of heart disease. (Heart disease is the number one killer of adults in the U.S.) When a normally gluten-filled food is processed to be gluten-free, it is robbed of nutrients like “fiber, iron, zinc, folate, niacin, thiamine, riboflavin, calcium, vitamin B12, and phosphorus,” according to Live Science. Dietary fibers in whole grains keep guts healthy, and antioxidants keep the metabolism and heart healthy.

But for those with real intolerances, or persistence in fad dieting, naturally gluten-free whole grains—like brown rice, quinoa, and buckwheat—exist. Anything for a healthy heart.